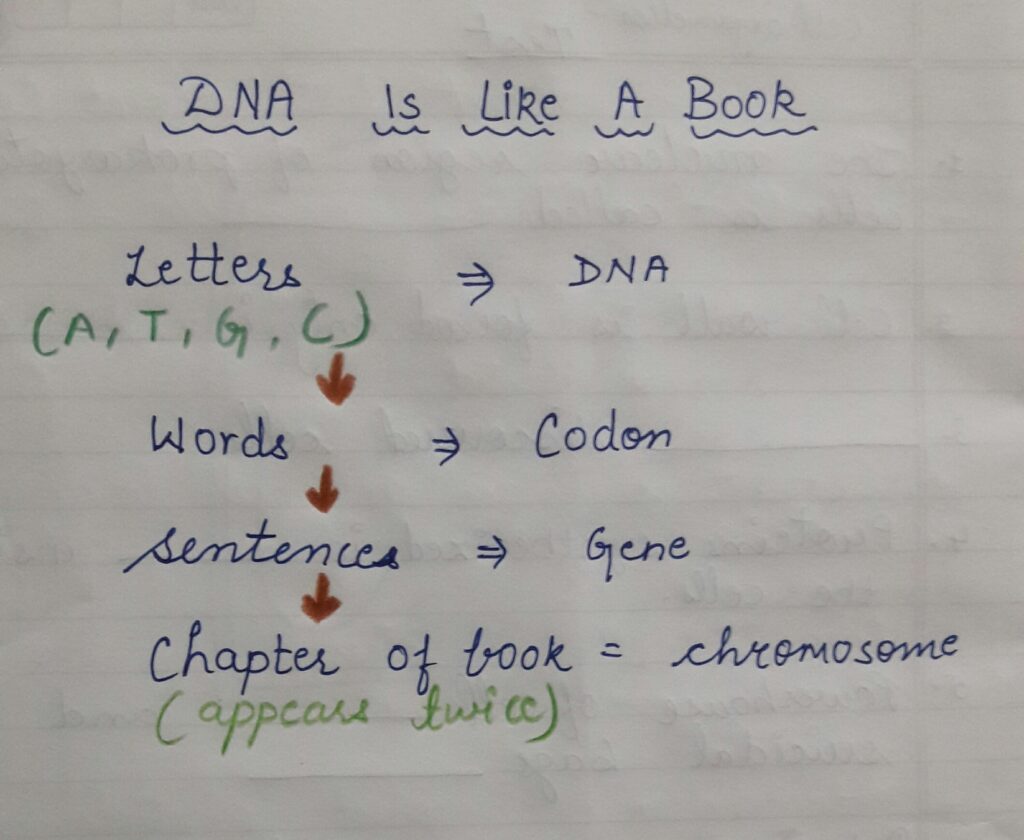 DNA is like a book in which book contains letters. Letters are A, T, G and C. In terms of DNA, A stands for Adenine, T stands for Thymine, G stands for Guanine and C stands for Cytosine.

Letters are arranged into 3-letter meaningful words which is called as Codon. Ribosomes read the meaning of 3-letter codon and synthesizes that particular protein as the codon specifies.

DNA contains thousands of genes that are present on chromosomes. It defines the chapter of the book. Chapter of book is twice as human contains 23 pairs of chromosomes.

Therefore, in a basic language, it can be said that DNA is in gene and the genes are on chromosomes…