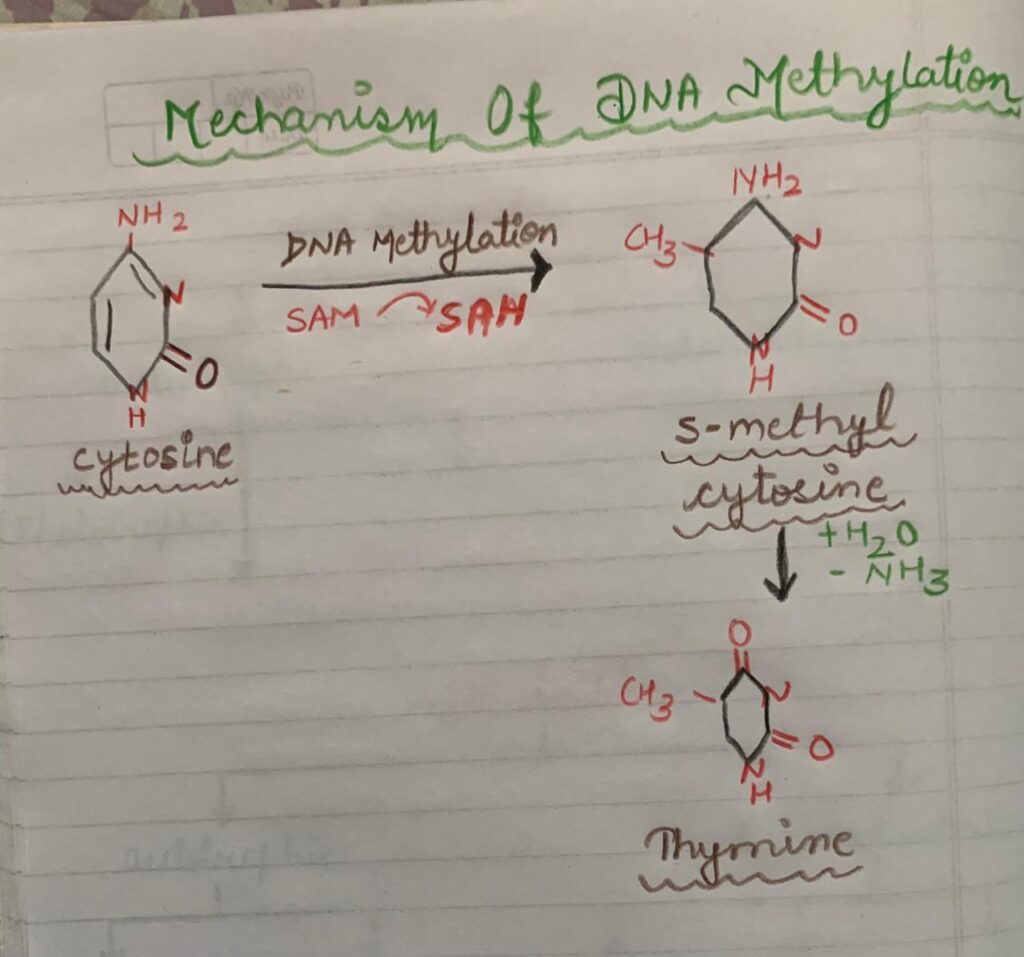 DNA methylation is transfer of methyl group from SAM to Adenine or Cytosine. Therefore, this addition takes place on two DNA bases which are at Adenine and Cytosine.

DNA methylation is known as covalent modification which means it does not change sequence of DNA but affects the gene activity.

Thus is done by enzyme DNA methyltransferses or called as DNMTs

These DNMTs are of three types:

DNMT1 is used in maintenance of DNA methylation within the cell. It means it maintains the methylation from parent DNA strand to newly synthesised strand. DNMT 3a and DNMT 3b are required for de Novo methylation. They do not need hemi-methylated DNA, thus methy groups added to new positions.

1. Addition of methyl (CH3) group from S-adenosyl methionine (SAM) which is attached attached to the 5th carbon of cytosine with the help of DNMTs.

2. S-adenosyl methionine (SAM) is then converted into S-adenosyl homocysteine (SAH).

4. As cytosine is prone deamination. In this case, water is added and amino group is substituted by oxygen. Thus is known as hydrolytic deamination.

5. From this hydrolytic deamination, we get thymine. It results in single nucleotide mutation in DNA. This mutation can be corrected by enzyme Thymine DNA Glycosylase.